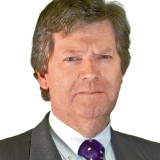 In an effort to run greener and leaner, many companies have considered making the switch to LED lighting in their industrial and hazardous facilities. In fact, interest in and adoption rate of LED for both new construction and retrofit has been growing rapidly in many applications, including light industrial, such as warehousing, packaging, shipping, and logistics centers, manufacturing facilities, and factories.

Some recognize LED lighting as a fast and easy change that can deliver a near-instant boost in both sustainability and profitability. But for others, lighting is rarely given a second thought —until it fails. Then, the nuisance and cost burden of changing bulbs are the primary concerns. When presented with LED as a lighting alternative, many facility managers are quick to acknowledge the potential savings, but balk at the cost. While there’s no denying that LED fixtures carry a higher up-front price tag, LED technology delivers an undeniable positive return on investment.

Here are the top five most common myths and misconceptions about LED lighting, along with straight answers to help you decide if LED is right for your facility.

LED lighting makes smart financial and environmental sense for industrial applications. For any size company, facility or entrepreneur looking to make every penny count, LED lighting is one way to reduce total operating costs and optimize sustainability. With the growing range of add-on technologies like smart controls and monitoring, and the broad variety of applications and fixtures—for outdoor, indoor, hazardous sites and more—the benefits of LED lighting are no longer a myth.