Houston, We've Got a Problem 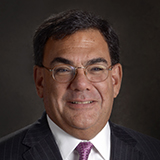 For example, this is the second year the Intermodal Association of North America (IANA) and National Industrial Transportation League (NITL) will hold separate shows. The divorce was prompted by many issues—primarily low attendance by NITL’s members; however, the railroad industry also viewed NITL’s push for reregulation as an existential threat.

Overall, NITL’s major impact on the freight industry was made by an act of deregulation—the Ocean Shipping Reform Act (OSRA) of 1998. Coincidentally, agent of that change, former NITL President Ed Emmet, is now Judge Emmet, the chief executive officer of Harris County, the expo’s locale.

OSRA, originally put forth in 1995, was meant to complete deregulation of ocean shipping which began with the Shipping Act of 1984. It was intended to bring forth a bounty of benefits to the industry.

Clearly, we’re now seeing NITL’s avowed intent of “competition-stimulating confidential contracts between ocean carriers and shippers.” Although “price lists published on the internet” have not been readily delivered, shippers—with the exception of a couple years—have generally enjoyed rates lower than they ever imagined. On the other hand, there is almost no customized transportation between carriers and shippers.

Where are the shipping Lines?

In fact, the ocean carriers at the expo are a spectral reminder of a past ally since trampled by market forces. Ocean carriers were formerly major participants in early expos. Two of the most important transportation innovations of the past 100 years—containerization and double-stack—started in this sector. Now lines are conspicuous by their absence, and serve as a haunting reminder of an industry in financial distress.

As a rule, transportation deregulation has had winners and losers among carriers and shippers. But today’s climate is bleak for all carriers. Clearly the imbalance between supply and demand is key. Because of the alliance system, on a port-to-port basis there is very little to distinguish one carrier from another.

The only differentiator is price. With constant overcapacity, we see a continued race to the bottom. To support lower prices, ocean carriers seek ever-larger vessels in search of elusive line-haul economies of scale, only increasing overcapacity—and accelerating rate depression.

Other transportation sectors have seen winners arise from new business models (e.g., Southwest’s point-to-point network and advanced truckload carriers like J.B. Hunt) and industry consolidation (e.g., Class 1 railroads and airlines). This has not happened in the ocean industry—where merger anti-trust oversight is weaker than the drive-through approval practiced domestically. Perhaps this is because recent ocean mergers have failed to retain—let alone expand—pre-existing market shares.

Perhaps the liner shipping industry reflects the growing questions about the benefits of free trade in general. While economists mainly insist that the benefits outweigh the cost, they are distributed across the economy, while costs are frequently concentrated and easier to identify. (e.g., displaced U.S. textile workers versus the benefit of lower cost apparel).

Ocean shippers enjoy diffuse benefits, but carriers do not. Still, despite horrendous results, many lines continue to operate. This would indicate that the benefits are harder to pinpoint. Instead of traditional profit motives, carriers’ raison d'etre might include mercantilism, vertical integration, national defense, or hard currency. And while liner shipping has not seen the consolidation and market exit of other modes, there are some similarities.

Transit times are slower than they were 20 years ago. Prices have been disaggregated (e.g., prepaid terminal handling on collect shipments). Ancillary services (e.g., chassis) are either no longer provided—or have been unbundled. Overall, most transactions have been commoditized. Some lines have attempted value-add with logistics subsidiaries; however, this often competes with their large 3PL customers.

In contrast to successful domestic investments, financial investors in the liner shipping business (and its stakeholders) have generally made small fortunes by starting with large ones. This is reflective of a food chain poisoned by the largest participant. The liner shipping industry is—and will always be—a key component of international trade and transportation. However, as we gather in Houston, it is worth considering what its prospects are and how they will impact all of us in the intermodal industry.

Related Articles
Alternative Port Strategies: Getting In With The In CrowdIntermodal Rail: Moving in the Right DirectionSupply Chains that Rock Around the Clock: Everybody's Doing the LocomotionIntermodal : Making the ConnectionGlobal Ports: A Boatload of OpportunityIntermodal: Too Much of a Good Thing?Shippers Get Creative With Multimodal SolutionsStar Search: Discovering the Best Site for Your BusinessFTZ Basics & BenefitsMemphis: America’s Aerotropolis
More related articles...