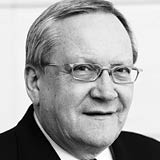 What makes a great distribution hub and logistics center? Access to markets, availability of serviced land and logistics parks, cost-effective business environments, and a highly skilled labor force, to name a few. Hong Kong, Amsterdam and Los Angeles are prominent cities that have been demonstrating leadership over the past decades, but Calgary, Alberta, Canada has demonstrated growth and now boasts the strongest transportation and logistics industry of any inland Western Canadian city.

The reasons for this development are multi-faceted. Calgary is a leading inland port in one of Canada's fastest growing cities, with a population growth that has averaged 26 percent over the past decade. This growth is attributed to the competitive tax structure, strategic location, higher-than-average retail sales, enviable lifestyle (more millionaires per capita than any other Canadian city), and well-educated population—not to mention the geographic position and strong energy sector, which underpins much of the economic and population growth. Although the list goes on, all this contributes to the success and growth of the logistics industry in Calgary.

To meet the demands of a rapidly expanding distribution network, Calgary has developed an unrivalled availability of industrial land and state-of-the-art warehousing in immediate proximity to both the Calgary International Airport and major transportation routes. Over two million square feet of high-quality warehousing is currently under construction, of which approximately 1.6 million square feet has been brought to the market by one developer. The developments within the Calgary region lie at the crossroads of two of North America's major highway systems: the Trans-Canada Highway, which extends from the Atlantic to the Pacific; and the CANAMEX Corridor, which extends from Alaska to Mexico. At the center of the circle where these major highways meet, a ring-road system is currently under construction, offering increased economic benefit and additional access to all quadrants of the region.

Calgary's story extends further than location alone. It's also about the unique blend of entrepreneurialism, private sector profit, and public infrastructure investments by municipal, provincial and federal governments. For instance, Calgary has one of the largest and busiest airports in Canada, the Calgary International Airport (YYC). With expected completion in 2013, an expansion is currently underway that will see a new 14,000-foot runway and growth-oriented passenger and air cargo facilities. Airport industrial warehousing, specialized cargo and hangar structures, and expanded passenger and hotel facilities will literally double on-site capacity in the coming years.

In addition to this, Calgary has great success stories to share. Two corporate transportation giants with international headquarters are located in Calgary—Canadian Pacific Railway and WestJet airlines. Calgary is a prairie railway city based near the Rocky Mountains, created by national transportation needs. Calgary is now home to Canadian Pacific, the railway that led the country in development of ship-to-shore freight containerization. Today Canadian Pacific offers coast-to-coast service in Canada and extensive U.S. rail connections. With an aggressive growth program underway, Canadian Pacific Rail will soon service many more of North America's international logistics companies and distribution facilities from its expanded Dufferin intermodal facility in Calgary. In addition to the impressive history and development plans with Canadian Pacific in Calgary's southeast industrial lands, Canada's other national carrier, CN Rail, is also building Calgary capacity dramatically.

Calgary's own WestJet airline is another transportation success story. WestJet, an international carrier, was created by Calgary entrepreneurs in 1996 and continues to be headquartered in Calgary. Today its fleet contains 99 Boeing 737 aircraft.