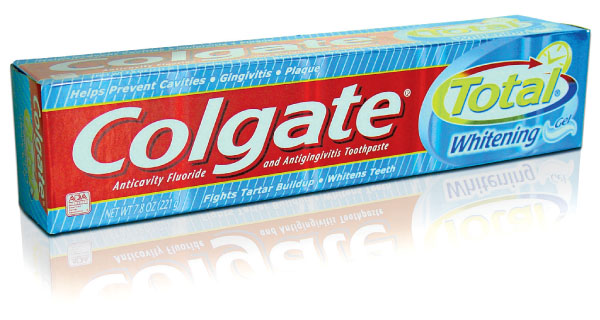 By brushing up on logistics management skills, Colgate learned to collaborate and share savings with customers.

Brad Blizzard, director of U.S. logistics for Colgate-Palmolive Company, is a self-described “worried man.” He sweats the details. But he also keeps a close eye on big-picture issues. Perhaps that’s why his group can initiate internal change that delivers benefits at many levels, and look for external opportunities that keep the momentum going.

Among the internal pressures Blizzard faces is managing Colgate’s vast volume and variety of SKUs and special packs. The company’s product portfolio is balanced between Hill’s Pet Nutrition, oral care, personal care, and home care products. The more than 200-year-old company has also evolved into a significant global enterprise. North America, its home market, accounts for 23 percent of sales, outstripped only slightly by Latin America at 25 percent.

Add to that complexity a constant undercurrent of change. Distribution channels are continuously shifting and evolving, and Internet sales are growing. Meanwhile, the company has migrated away from doing its own manufacturing toward a blend of contract manufacturing and Colgate-operated plants. To that end, it has trimmed its 157 manufacturing plants to 80 sites.

Prior to 2006, Colgate plants in every country operated self-sufficiently. In the United States, 80 percent of what Colgate sold was produced in a Colgate-owned-and-operated manufacturing facility. That percentage has dropped by about 20 percent, with contract manufacturers and co-packers picking up much of the work.

That’s more than enough to hold the attention of a “worried man.”

But those challenges were only the internal picture. Blizzard never took his eye off the larger events that affected Colgate and its markets. Even before the Sept. 11 attacks, he was tracking global issues on his radar. Add environmental, legislative, economic, and political concerns to volatile fuel prices and questions about future transportation capacity, and the challenges sound overwhelming. But Blizzard fell back on the advice of a former colleague: “Put your strategies and processes together, and control what you can control.”

“Colgate has morphed into a global supply chain, encompassing more outsourcing to contract manufacturers and an environment that’s more push than pull,” says Blizzard. “So, as soon as product is manufactured, we have to find a home for it.”

The changes in its network forced Colgate to increase its length of haul by more than 100 percent. In 2000, says Blizzard, average length of haul for cases of Colgate product moving from one of its plants to the customer’s distribution center was 935 miles; that had grown to 1,506 miles. Coupled with volatile diesel prices, transport costs were skyrocketing.

In addition, customer order weights had been fluctuating, which spells less equipment utilization. “We were shipping a lot of air,” Blizzard notes. Part of the root cause was the sale of Colgate’s detergent business, which comprised heavy freight that helped fill some of that capacity.

Among his priorities, Blizzard counts providing the best baseline service to Colgate’s consumer products companies. “Our job was to fill customer orders and deliver them on time,” he says. “That’s entry into the game; all companies provide that. And our customers were penalizing us if we didn’t perform.”

How, then, do you protect that baseline requirement, then notch it up while looking for a way to reduce overall miles by at least 10 percent? “It takes an end-to-end mindset,” says Blizzard.

“We quickly recognized three areas of opportunity,” says Blizzard. “First, Colgate product was traveling many miles from the Rancho Cucamonga, Calif., facility to customers in the Pacific Northwest, so we opened a small distribution center in Portland, Ore.”

It may sound counter-intuitive to add a facility to the network when you’re trying to cut costs, but just by opening that one small distribution center— which ships about six percent of Colgate’s domestic volume— the company was able to take about 1.5 million miles out of the network, Blizzard notes. That move also saved millions of dollars in linehaul and fuel costs.

Next, Blizzard addressed the Southeast, where Colgate operated three different distribution operations within 300 to 400 miles of each other.

“We opened a mega-mixing center in Atlanta and moved all the special pack operations there,” Blizzard explains. Colgate owns the lease on the building, and two 3PLs in the facility handle the company’s special pack and distribution operations. Opening the new facility removed even more miles and inefficiencies from the network.

The third step included establishing a West Coast import site— the Port of Long Beach, Calif.— to serve those distribution operations, including Dallas. On the East Coast, Colgate also made a change, moving from Elizabeth, N.J., to the Port of Savannah, Ga. The Georgia port was much closer to the Atlanta mixing center where special packs and floor stands were being handled. That move also reduced transportation miles.

Another step Colgate took was to implement a transportation management system (TMS) from Transplace, a 3PL and technology company based in Dallas, Texas. The TMS filled some information gaps in shipment consolidation, tracking and tracing, and reporting.

Previously, Colgate handled consolidation opportunistically, because customer shipment weights had been dropping, and Blizzard and Colgate wanted to bring equipment utilization back up. The TMS helps, but Blizzard says he is constantly promoting opportunities internally to use more of that remaining capacity.

With better data, Colgate could not only identify opportunities, but also improve carrier relationships. “We met with our core carriers at the end of every month, and debated the data for 30 minutes,” says Blizzard.

The carriers had to shore up their data and processes, and the visibility provided by improved data allowed improvements and avoided debates over whose data were more accurate.

Consolidating shipments helped Colgate take more than $250,000 off the street, and “that’s only capturing slightly more than two-thirds of the opportunity,” suggests Blizzard. “Working with customers to shift some morning and afternoon deliveries creates even more opportunities.”

Going forward, Colgate wants to work with customers to find opportunities for improving costs and efficiencies. If Colgate can work with customers to shift some morning deliveries to the afternoon, or consolidate shipments with another company, “They will want to share in those savings, and we’re fine with that,” Blizzard says. “We’re all about efficiency and taking trucks off the street.”

Colgate cut 1.8 million miles of linehaul from its system, which equates to 300,000 gallons of diesel and 3,000 tons of carbon emissions.

Colgate has also developed a cost-to-serve model that helps track statistics such as warehouse costs by customer and by customer ship-to location. The model evaluates the percentage of cases, layers, and pallets a customer orders, along with value-added costs for labeling or other special requests.

Colgate also tracks freight information, such as linehaul costs and fuel to ship to a particular customer. These reports identify returns and refused shipments, as well as accessorial charges, trade damage, unsaleables, and compliance fees Colgate might be charged by some customers.

Accumulating all this data has had a substantial impact on customer load weights, and Colgate has been able to build back up beyond the earlier levels that had included the piece of detergent business it no longer handles.

When combined with root-cause analysis, the customer cost-to-serve report is a useful tool for driving efficiencies and providing opportunities to foster closer collaboration with customers. Colgate sanitizes the information so customers don’t see competitor names, but they do see a report that shows where they stand within their segment. With Colgate’s open attitude on sharing savings, it is mutually beneficial for customers to collaborate on improvements.

An Atmosphere of Success

All the efficiency improvements, better customer service, and lower costs reap another benefit. More than 1.8 million miles of linehaul taken out of the system equates to roughly 300,000 gallons of diesel (based on six miles per gallon). From both a freight cost and fuel perspective, that’s impressive. With fuel prices spiking again, those mileage reductions appreciate in value.

But Colgate doesn’t stop at the cost and service numbers; it also looks at the 3,000 tons of carbon emissions these initiatives have eliminated through distribution center network improvements alone.

Factor in the improvements in Colgate’s imports, shipment consolidation, and proprietary Excellence in Driving Growth through Efficiencies (EDGE) program, and the totals climb to four million miles, 700,000 gallons of diesel, and more than 7,000 tons of carbon emissions.

Despite these substantial improvements, Blizzard feels Colgate has only scratched the surface. He is an active campaigner for collaboration, and is open to co-shipping product with other manufacturers, even competitors.

That’s not just talk. Colgate has started a joint effort with Sunny Delight in the Los Angeles area to share dedicated fleet resources. That initiative is in its early stages, but it demonstrates Colgate’s openness to improvements that are mutually beneficial for the company, its customers, its suppliers, and the environment.

Customers ship Colgate’s product together with competitors’ products and store them together. “Competitors will not be in my warehouse looking at what I’m doing,” Blizzard notes.

Though all these improvements— and the hard numbers— focus on what Colgate has been able to accomplish from a transportation management perspective, the company didn’t achieve the results solely within the transportation discipline. As Blizzard points out, a key to the success of the network redesign and the initiatives that followed was adopting an end-to-end mindset that extended from suppliers to Colgate and from Colgate to customers’ distribution centers. The benefits accrued to other disciplines within Colgate, as they did for customers.

Colgate’s stated goal may have been to remove miles from the network, but the broader supply chain context and openness to internal and external collaboration opens the door for continued success. Colgate took more than four million miles out of its network while handling five percent more cases of product. When all of that trickles down to the year-to-year financial results, it’s bound to bring a smile to investors’ faces.