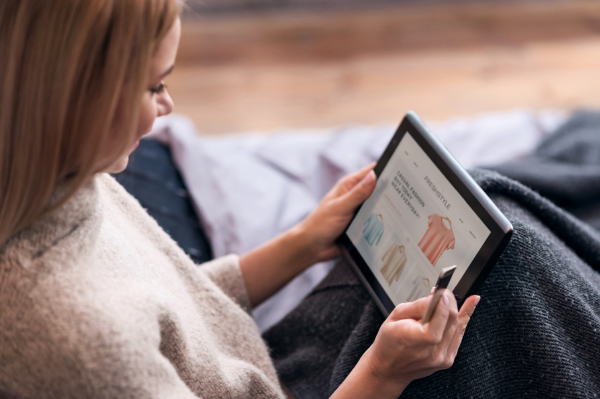 Most companies lack the ability to mine and leverage important customer data, and are therefore failing to meet evolving shopping demands, according to The Voice of the Category Manager survey, conducted by JDA Software Group. The report reveals findings from nearly 100 professionals responsible for category management and merchandising activity in North America.

Respondents indicate that their number-one investment priority in the next five years is big data and predictive analytics (41 percent), followed by investment in customer-driven data science (37 percent).

"The fact that manufacturers and retailers plan to prioritize investment in big data and predictive analytics over the next five years is a true testament to the transformational impact that the modern shopper is having on these sectors," says Todd McCourtie, senior director, solution strategy at JDA.

"Companies are realizing that the path to success in today's omnichannel market is to analyze and react to consumers' preferences and behaviors; ultimately truly understanding how, why, and in which manner they wish to shop," he says. "Data-driven technologies can help companies make more informed localized merchandising decisions that, in turn, enhance the shopping experience for the customer and improve the brand's bottom line."

Currently, companies have access to volumes of essential data about their customers' shopping preferences and behaviors. Where companies fall short is in their ability to derive actionable insights from this mountain of consumer data.

While respondents on average state that they are somewhat successful in mining consumer data to generate usable insights (82 percent), less than one-fifth (17 percent) feel they are highly successful in their ability to leverage the data to derive actionable insights.

In fact, when asked to identify which processes respondents feel they lack the most proficiency in, nearly 70 percent indicate that they are most behind on leveraging predictive analytics for improved pricing and merchandising—two capabilities that are of paramount importance for sustained success in today's customer-centric world.

Additionally, nearly 60 percent of respondents claim that they are also behind in leveraging geographic and socio-economic data for targeted promotions and offers.

For manufacturing and retail survey respondents looking to improve merchandising, pricing, and promotional efforts, the top two behaviors they'd like to gain additional insight into are the modern shopper's path to purchase (67 percent) and price sensitivity (53 percent).

The modern shopper has transformed the ways retailers and manufacturers operate and maintain profitability, as shoppers expect merchandise assortments to meet their needs from the first attempt. Survey respondents cite personalization and localization (68 percent) and increased development of digital technologies (62 percent) as the top two priorities they plan to implement within the next year to reach modern shoppers.

Omnichannel retailing also remains a high priority, with nearly 60 percent of respondents citing it as one of their top two.

Effective assortment localization is dependent on a company's ability to identify the key product attributes that drive local preferences and demand in each category. The survey finds that companies are best able to evaluate the success of their localization efforts by measuring an increase in sales (37 percent), increased visibility into stores (21 percent), and improved inventory levels (21 percent).

With increased focus on localized assortments, technology investments are top of mind for both manufacturers and retailers. Unsurprisingly, the top two priorities driving the need for new technology solutions are automation as a means to do more with less, and consumer insights as a tool to support increased localization, dynamic pricing, and improved merchandising.

Interestingly, from an investment perspective, respondents hold varied opinions on which mobile technologies would be most beneficial to their business:

Less than half of manufacturers and retailers feel they are successful in their ability to mine data to generate usable insights, though respondents from both sectors agree that there is more to be done when it comes to better understanding and addressing the needs of the modern shopper, and both groups have identified areas for improvement.

For example, the majority of manufacturers surveyed (83 percent) see themselves lagging when it comes to leveraging predictive analytics for improved pricing and merchandising, whereas retailers report feeling behind on analyzing big data to recognize consumer preferences and demand trends (59 percent).

Both sectors agree that their ability to leverage geographic and socio-economic data for targeted promotions and offers could be improved, with 60 percent of manufacturers and 59 percent of retailers citing this as a weak spot.

Further, both retailers and manufacturers cite path to purchase and price sensitivity as the top two behaviors they would like more insight into surrounding the modern shopper.

Respondents report additional interest in beacon technology and augmented reality, though neither sector is planning to prioritize investment in these technologies in the next five years.