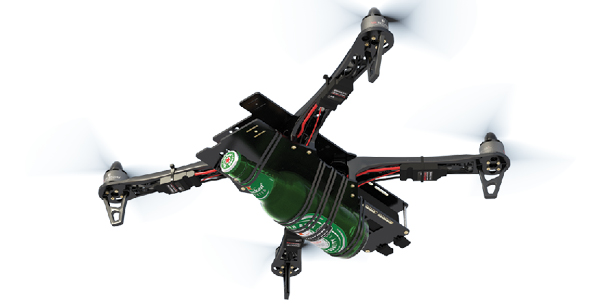 Consumers in Reykjavik, Iceland, will soon just have to walk out their back door to receive their packages.

Until recently, Flytrex has operated its drone system along one route, bridging by air two parts of the city separated by a large bay. Following a meticulous regulatory process with the Icelandic Transport Authority and hundreds of successful flights to pre-assigned drop-off points, the system will now be able to reach nearly half the city of Reykjavik.

The drones will operate along a total of 13 routes. Each UAV is approved to fly up to 700 meters off its path to make backyard deliveries in select, approved neighborhoods. Flytrex aims to extend home deliveries to every resident in Reykjavik in the coming months.

In addition to the new routes and delivery areas, the introduction of the wire-drop feature takes consumer convenience to even greater heights. Once consumers arrive at the drop-off point—either on their property or at a designated public location—they can order the drones to gently lower the package to the ground through an easy-to-use app. Once the package touches down, the wire detaches from the drone, which then returns to the drone port.

Related Articles
Trends—May 2016Turn to Technology to Attract the Next Generation of WorkersTransparency to Efficiency: How IoT Can Increase the Productivity of Your Transportation (Sponsored)Carrier Network Plants Seeds of Delivery EfficiencyMost Mid-Market Supply Chains Are Under-ServedMastering Logistics Complexity: How to Take Control With TechnologyWinning on Your TermsWhat Your Transportation Management System Should ProvideHow 3PL Warehouses Can Capitalize on the Escalating Demands of Prospects and CustomersToday's Competitive Supply Chain: Digital, Smaller, More Resilient More related articles...